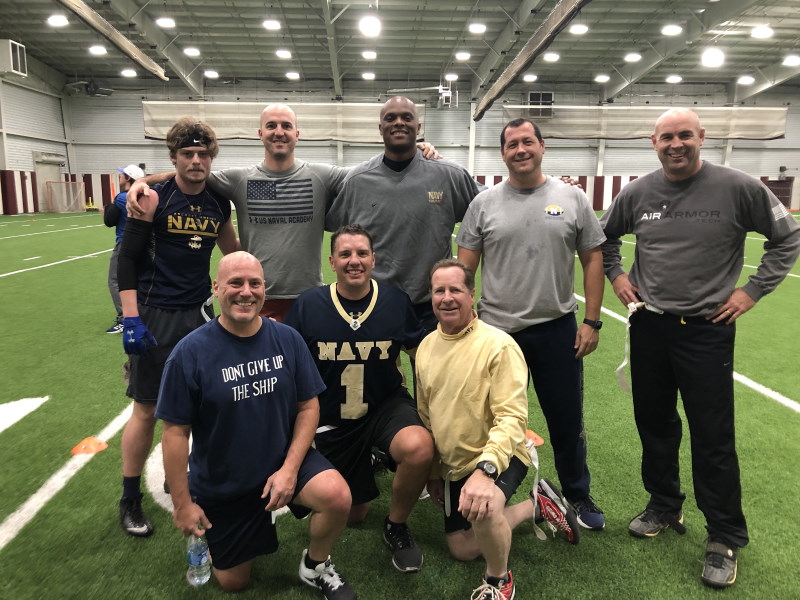 Still Navy battled, play after play, as both Army and Air Force were able to sub in fresh bodies on what seemed like every down.  Displaying that never-say-die attitude, the Navy team dug in their heels in true "Don’t Give Up the Ship" spirit.  Fighting fatigue, pulled hamstrings, turned ankles and bruised egos, they scrapped and clawed their way for every yard.

Eventually and unfortunately, they fell victim to the superior numbers and departed without the victory.  However, while the loss was a bitter pill to swallow, they held their heads high with their pride still firmly in place after gallantly representing the Blue and Gold!
There were many laughs, friendly hand-shakes, and those familiar barbs thrown that only fellow service academy alumni understand.  We went our separate ways for another year with an enjoyable tournament in the books.  The battle cry of November 2020 is already starting to rumble.